The Fundamentals of Caring 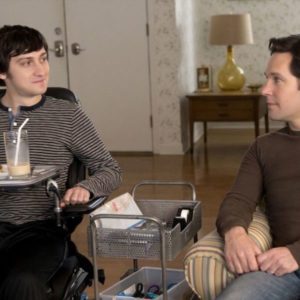 I stumbled upon a film on Netflix yesterday, ‘The Fundamentals of Caring’. It covers the relationship between care workers and the people that they support.

The film begins with a training course for Care Workers. The tutor explained the acronym ALOHA, which means Ask, Listen, Observe, Help, Ask Again. The premise was that this simple concept is the fundamental element of caring – a concept that the film astutely proves to be incorrect.

The missing element from this acronym is of course personal connection and the subtlety of the relationship built between the carer and person receiving care. Anyone who has had the support of a Care Worker in their family will know that having a strong connection and relationship is the holy grail. The difference that this can make to the quality of life for both the care worker and the person being cared for is immeasurable.

The teenager who was being cared for in the film had DMD (Duchenne Muscular Dystrophy), one of the most common and severe forms of MD that usually affects boys in early childhood and limits life expectancy. As you can imagine, practical care needs and medical procedures are significant. The film was an unflinching portrayal that didn’t duck the realities of disability.

I could over-identify with certain parts of the film, as I was fortunate enough to provide care for 2 wonderful young people with a similar diagnosis many years ago.

It made me laugh out loud several times, the script was well crafted with cutting humour throughout and touching, poignant moments. The last line of the film made me guffaw and snort – hats off to the scriptwriter for that! I’m not a film critic by any means, but I’d say it’s well worth a watch.